The nation celebrates the 50th anniversary of National Poison Prevention Week March 18 through 24, 2012. National Poison Prevention Week was first proclaimed by President Kennedy in 1962 to raise awareness about the dangers of poisoning. Much progress has been made in poisoning prevention in the years since. In 1972, for example, more than 200 children in the U.S. died as a result of poisoning.  By 2007, that number dropped to 39. However, there is still much work to be done: poisoning is now the leading cause of death from unintentional injuries in the United States – ahead of motor vehicle crashes and guns. 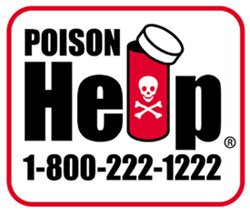