Family and friends of late FIU student Anthony “Tony” Perez gathered on Friday, Jan. 21 to celebrate his life at a ceremony where part of Bird Road was named after him. 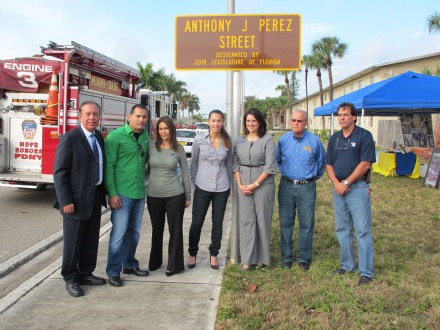 On November 14, 2004, Perez, 25, died of accidental carbon monoxide poisoning, along with fellow FIU student Janelle Bertot, 19. At the time, Perez was president of Pi Kappa Phi Fraternity at FIU and was studying liberal arts in hopes of one day becoming a teacher.

We would like to thank the FIU News for this material. Visit FIU News at news.fiu.edu for this complete article and other articles about the FIU and Florida community.