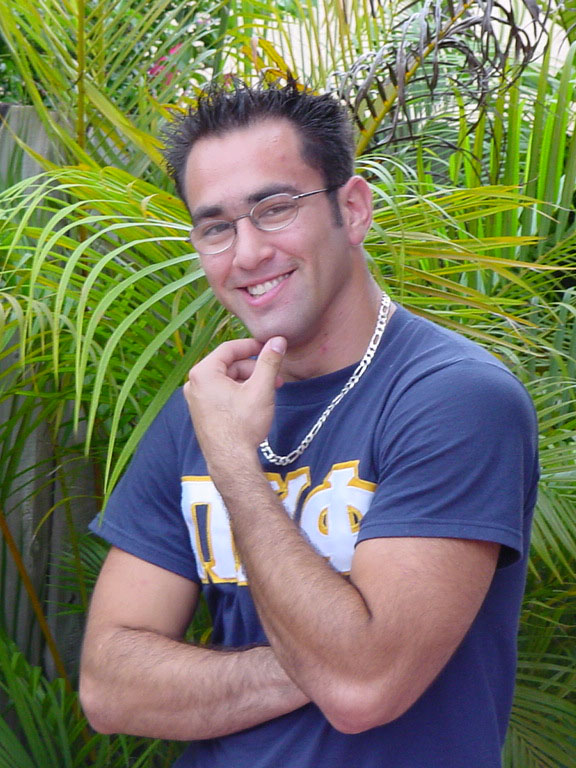 Anthony a.k.a. Tony was a highly valued member of Miami Dade County, a community oriented, role model senior at Florida International University (FIU) and the Archon-President of Pi Kappa Phi, a leading fraternity. On November 14, 2004, his life and that of a friend came to a tragic end as a result of accidental carbon monoxide poisoning. Tony stood out as a leader full of passion because every role he took on, he managed with pride. He was a speaker that would definitely capture your attention. As an advocate of people with needs, he supported Push America, a non-profit organization that promotes awareness about the challenges individuals with disabilities face. Tony participated in the Big Brothers Big Sisters mentoring program, volunteered his time at an orphanage where he would dedicate hours entertaining children living with down syndrome and oversaw other community events. He tutored many of his friends on different subjects, particularly math. He aspired to one day be a math professor. He was described as a good looking, sweet, kind, funny, smart, friendly, compassionate, determined young man, …a confidant, and a True gentleman! He was also a loving son, protective brother, caring grandson, nephew, cousin, true friend, real mentor and our Hero…- he was the glue that held us together. The news of his passing was felt throughout and people nationwide, whom we never met expressed their condolences on The Miami Herald’s guestbook. A ceremony was held in Tony’s honor from as far away as Irak by fraternity brothers serving in the war (pictures and a flag were sent to us). Anthony touched countless hearts in his 25 years of life; left imprints on our hearts and will never be forgotten.

The greatest gift he left was his life, his presence and his love.